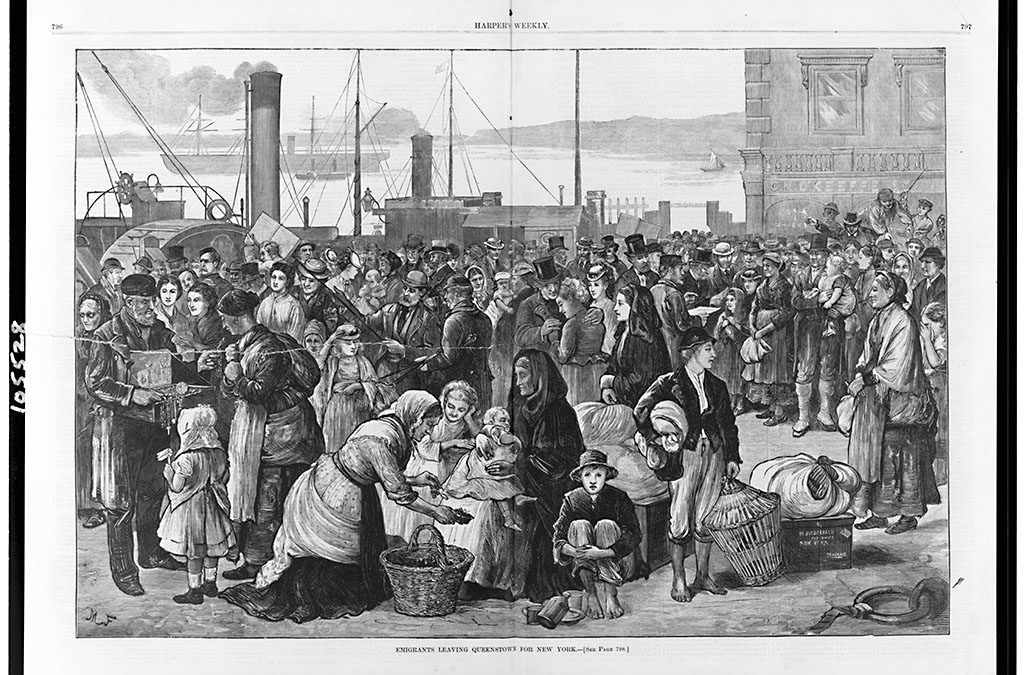 Are you writing about your Irish ancestors? Then you’re in luck. There’s been an enormous increase in the number of Irish records available online this past year.

At the RootsTech conference in Salt Lake City earlier this month, I heard Myko Clelland of Findmypast speak of the records available in their British and Irish Roots Collection. Findmypast is one of the leaders in online genealogy, and their databases can be particularly useful to those of us tracing British and Irish ancestors.

In his conference session, British and Irish Hidden Gems, Clelland revealed useful resources to help family history researchers dig more deeply into their British and Irish roots. You can watch it online by clicking here. Also, Clelland’s session My Ancestors Are From Britain—What Do I Do Next? is a must to watch if you have ancestors from Britain and are looking for new resources.

Additionally, the recent Irish Times article “How to Trace Your Irish Family History: a Step-by-Step Guide” also gives tips on how to get started with your Irish genealogy research. It provides links to useful online resources, some of which are free.

Currently, I am researching and writing a life story of my brother-in-law Jim’s paternal great-grandmother Catherine to weave into his family history.

First, I began with Catherine’s husband’s name, a paper copy of his naturalization papers, and their approximate birth and death dates.  Then, I reviewed Jim’s family records, letters, photographs, and memories to get a handle on probable facts and to note people, places, dates, and other story hints I might use for searching genealogy databases online.

One last piece of family ephemera Jim pointed me to was a scrap of paper I’d missed in his files with two names of two different women named “Katie” written on it.

When his grandmother gave Jim these two names sometime before she passed in 2000, that’s all she would tell him about either side of her family, explaining, “You won’t like what you’ll find.”

Jim wasn’t sure if his grandmother meant her own ancestors or her husband’s, but he could never get further family history information out of her. Naturally, this statement has inspired twenty years of curiosity among family members!

Charting What You Know

If you are writing a biographical piece about your ancestor, charting out what you do know will help you identify what you need to know and focus your research questions. The more focused your research goals and questions, the more effective and less overwhelming the research process.

Here’s a chart from our post “Writing a Family History Biographical Essay”  that you can use to organize what you know and what you need to know:

Filling in the Blanks

From this chart, I generated three specific, narrowed research questions for my first round of research:

I began to work backwards from the information I had at hand. I searched wide, then narrowed, working my way through the specific topical databases in Ancestry, My Heritage, FamilySearch, and Findmypast.

I began to sift and sort my keywords of names, places, and dates and the various database filters. When I took a closer look at the John and Katie’s 1900 U.S. census notes for Scranton, Lackawanna, PA, I noted specific information about her birth date I had overlooked previously – Katie’s birth month! Not only that, Katie reported her parents were born in Ireland, but she was born in Scotland. Scotland? This was a big breakthrough in collecting the details of Katie’s story, but it led to another mystery.

With this information, I then located the transcript of Katie’s baptismal record in Findmypast’s database Scottish Births and Baptisms 1564-1950 and began to discover the facts related to her Scottish birth and her parents’ identities and possible ethnicity. Were her parents truly born in Ireland? The details on Katie’s (apparent) brother Thomas’s 1929 death certificate cite the same parent names as Katie, except his reports that they were born in England!

As always, there has to be a margin of doubt, so details like these are not overlooked or dismissed.

My next steps in building Katie’s story include finding out what her parents were doing in Selkirkshire, Scotland at the time she was born, their specific migration paths, and documentation regarding her and her parents’ marriages. As you know, there is always more to the story.

And that brings me to my new research questions . . . 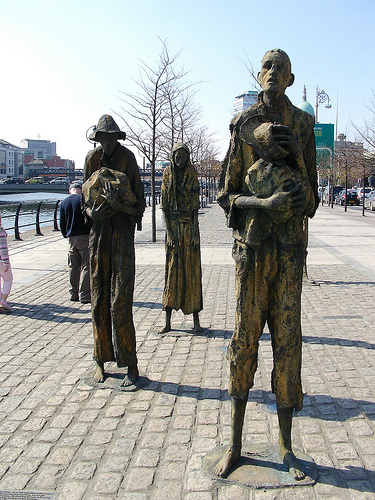 By blending factual genealogy research, historical texts, and social histories, I plan to create a written narrative of Katie’s life as she lived it in her everyday lifeworld.

I am anxious to explore the social history research surrounding the times and places in which Katie lived, but I still need more factual information.

Only then can I weave the story of Catherine’s/Katie’s immigration to and life in America.

For the record, I have “liked” everything I have discovered so far in Jim’s family history. Instead of anything scandalous or nefarious, what I have found on all sides of Katie’s family is a record of hard-working immigrants who radically changed their lives to avoid hunger and find hope for themselves and their families.
Happy St. Patrick’s Day!

I am making progress toward bringing Katie to life for her modern-day ancestors and plan next to consult the two books shown below.